It is a brand new year and we are full of resolutions on what to change or what to accomplish for the better. It is a new year to face the struggles of the past (that means all of our lives) and "hope" for the better. Before I discuss the topic, let me run down a few facts.

Statistics show that more than 54% of people who retire live a life below the poverty line and only 5% live abundantly while the rest of the 41% live in a more or less "average" lifestyle.

Most experts would usually pin the causes to these phenomena given the lack of education, business windfalls, poor market bases, political upheaval, or other reasons. Is this true? Not!

If these were hard facts an are true, why is it it that majority of inspirational business leaders of the world usually started from humble beginnings?

We have heard of Richard Branson, the founder of Virgin Corporation, a dyslexic, who became a billionaire. In the Philippines, we have witnessed how Henry Sy rose from sari-sari store helper of his father to the Retail Magnate of SM Shoemart. They and many others who are super successful are the 1% of the worldwide population.

The real question now is how did these few, the 1%, manage to survive and do what they have achieved? How did they manage it the years of lack of resources, very few capital, and other obstacles up to 2019?

For me, the Truth is, there are only two ways to survive 2019 and every new year that comes:

The first is do nothing and the second, become your Optimum Generated Self (OGS).

The first is what most people do, living the same life, the same job, the same routine and complain why life is so miserable.

The second way is what the 1% did, to become their optimum generated self (OGS).

Imagine having a world full of people growing in abundance where poverty, injustice, war, slavery, discrimination and other crises are out of the dictionary. This would mean that people would have re-written their destiny. So, what is the OGS?

The OGS is a state where an individual commands his life by writing his own destiny. It is the realisation of the potential hidden deep in the Psyche of man. Remember this, our beliefs shape our reality.

How can one say that a person reached the OGS? Is it only by being rich? What about health, relationships, happiness?

The OGS is actually a totality of all aspects of human life. I believe that in order to become the OGS, it is not simply about accumulating wealth but also living a blissful existence with other people.

Some would say, money is not everything. It is true, but why would people kill for money, steal for money? For me, money is one tool that could measure how far an individual has written his destiny. It is not a goal but a means to achieve it, that is the OGS.

More of this on my next posts. For reading my post let me give you my free e-book "How to Survive J.O.B." This e-book contains valuable information on managing middle-class income. 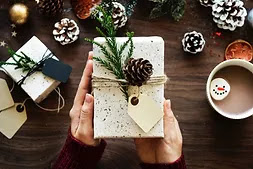 Did you lose something?

Write Destiny REMVS
I believe that people can Write their Destiny by becoming their Optimum Generated Self. Destiny Starts with the First Stroke of the Pen.